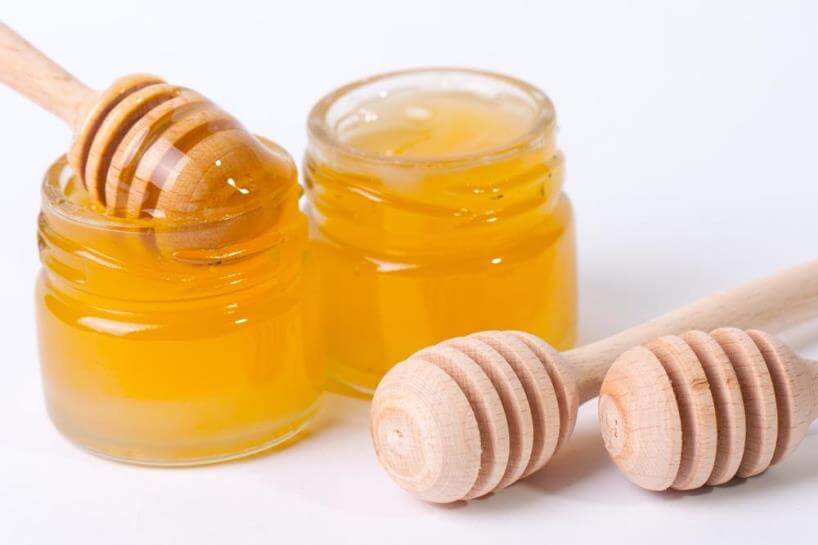 Since the dawn of time honey has enchanted on account of its properties with which people have long treated themselves. A traditional ingredient that nourishes, heals, softens and moisturises as well as acting as an antioxidant, honey has been used since ancient times to make the skin more attractive and to treat wounds.

The honey used in Bee Nature’s formulations suits for all types of skin: dry, oily, normal and combination skin. Honey also helps rejuvenate the skin and acts as a vehicle for the other active substances, its presence resulting in a better absorption of the plant extracts. Honey is also an excellent ally for so-called “problem” skins (acne, red blotches, etc.) and plays the role of preservative and antiseptic, which represents a substantial asset for products of natural origin!

Did you know that to produce a Bee Nature’ shower milk, bees have gathered pollen from more than 48,000 flowers and have travelled over 240 kilometres?Honey is actually the Gods’ nectar, symbol of richness, softness and longevity…

Existing for thousands of years, we generally use it in the cooking field, but recently, its medicinal properties have been used more and more. Indeed even though it is so tasty in mouth, its properties exceed the simple pleasure of eating. Honey, this gift from the nature, has long been used to heal and embellish the skin.

It is during the Middle Age that beekeeping expand slowly but it remains very basic. For the Christians, as in the muslim traditions, we illustrate heaven as a place where honey rivers flow.

The Mayas, them, considered the bee as an animal being taken care by the Gods. They use honey as sugar, as a medicine but also to produce the balché, alcoholic brevage permitting to communicate with the Gods, notably Ah-Muzamhab (The one who looks for the bees). We notice it, bees, honey, the beekeeping and the apitherapy (medicinal use of honey bee products) always existed.

Nowadays, even though the medical benefits are still at their early stage, its dermatological power has been proven by a lot of doctors and researchers. Dr Descotte, (previous head of visceral surgery and transplantation at CHU of Limoges and founder of the French speaking Apitherapy Association) proved the antibacterial and healing efficiency of honey through an experiment with more than 3000 patients. The results were positive for more than 97% of the patients!

Unfortunately, bees are disappearing… A real disaster for the ecosystem! The last few years, we’ve noticed massive and brutal bee disappearances (Syndrome of the breakdown of bees settlements). Some hypothesis explain that this syndrom is the result of the climate changes, pesticides, virus developments, insects, etc… According to some scientific research, the bee disappearance would cause a lost of over 60% of the fruits et vegetables. This shows really the importance of the bee in the biodiversity!

With its products, Bee Nature enjoys, of course, the honey benefits but also through its processes, it supports beekeeping in LDC’s (Least Developed Countries) using a Bio-certified honey from the NGO Miel Maya which is fair trade.

6 Stylish Accessories for Travelling with Comfort and PleasureRead the article
Top Ways to Visit Exotic Summer Destinations in StyleRead the article
Skiing in Summer? These Destinations Make It PossibleRead the article
The Definitive Guide to Chartering a Private YachtRead the article
Spanish Luxury Real Estate – An Investment to Consider?Read the article
How Social Media Is Changing Kids’ FashionRead the article
© Copyright 2021 AI Global Media Ltd. All Rights Reserved.
Privacy Policy | Cookie Policy | Terms and Conditions of Sale | Website Terms of Use
We use cookies on our website to give you the most relevant experience by remembering your preferences and repeat visits. By clicking “Accept All”, you consent to the use of ALL the cookies. However, you may visit "Cookie Settings" to provide a controlled consent.
SettingsAccept All
Privacy & Cookies Policy