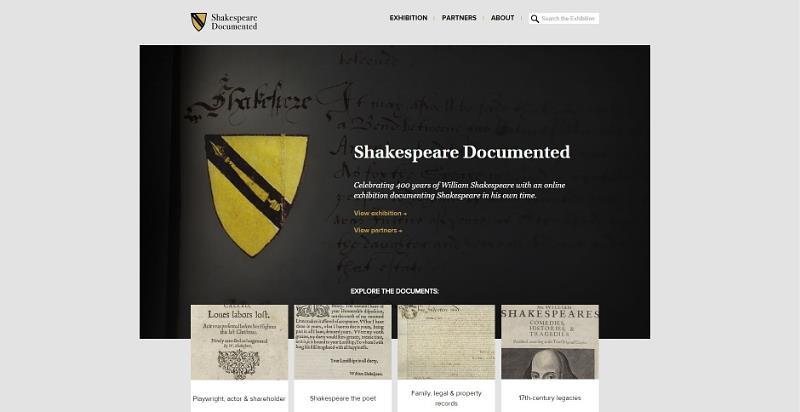 Shakespeare Documented, the largest and most authoritative resource for learning about primary sources that document the life and career of William Shakespeare, launches today.

This free and publicly accessible online exhibition includes images, descriptions, and transcriptions of all known references and allusions to Shakespeare and his works during his lifetime and shortly thereafter, as well as additional references to his family.

“Never before have all of these resources been so easily accessible and searchable in a single place, for the use of the general public, teachers, and scholars alike,” says Shakespeare Documented curator Heather Wolfe.

Nearly 500 references, found in roughly 400 print and manuscript documents, provide a rich portrait of Shakespeare as a professional playwright, actor, poet, business man, and family man who lived in both London and Stratford-upon-Avon, tracing his path from a man of his time to a household name today.

More than 30 institutions in the United States and the United Kingdom contributed to the project, with the majority of the documents coming from the Folger and its partners across the Atlantic: the Bodleian Libraries at Oxford University, the British Library, The National Archives, and the Shakespeare Birthplace Trust.