Home » The Worlds largest Fancy Blue Diamond to be Auctioned 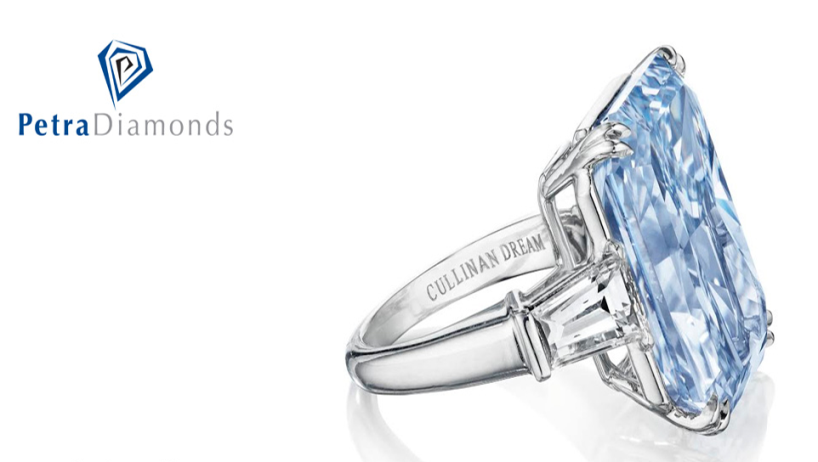 The Cullinan Dream is the largest Fancy Intense Blue Diamond ever to be offered up to auction, with a value estimate of US$23m – US$29 million. The 24.18 carat diamond will be auctioned as the centrepiece of Christie’s Magnificent Jewels auction on 9 June 2016 in New York

In June 2014, Petra Diamonds announced the discovery of a 122.52 carat blue diamond from South Africa’s Cullinan mine, which was cut into four notably sized diamonds, of which the Cullinan Dream is the largest. Cullinan is one of the world’s most celebrated mines for producing rare and famous diamonds – including the world’s largest rough gem diamond ever found, the 3,106 carat Cullinan diamond

Petra Diamonds will receive a 15 percent share in the Cullinan Dream sales proceeds.

This exceptionally rare blue diamond is being auctioned at Christie’s Magnificent Jewels & The Cullinan Dream auction at the Rockefeller Center in New York on 9 June 2016, with a value estimate of US$23 million to US$29 million. Petra Diamonds, one of the world’s largest independent diamond mining companies, discovered the 122.52 carat blue rough diamond at its Cullinan mine near Pretoria, South Africa, in June 2014.

The Cullinan Dream, named for its captivating and celestial beauty, has been graded by the Gemological Institute of America as a fancy intense blue diamond and classified as Type IIb. Type IIb diamonds are very rare and account for less than one-half of one percent of all diamonds found in nature. These diamonds contain a small amount of the element boron trapped in the crystal carbon structure during their formation that can give rise to a blue or grey coloration.

The Cullinan mine is best known for the discovery of the Cullinan diamond, at 3,106 carats the largest rough diamond ever found. This magnificent gem was cut into two highly significant diamonds which can be found in the Crown Jewels of Her Majesty the Queen of England: The First Star of Africa, which is mounted at the top of the Sovereign’s Sceptre and which at 530 carats is the largest flawless cut diamond in the world, and the Second Star of Africa, a 317 carat polished diamond which forms the centrepiece of the Imperial State Crown.

Since Petra Diamonds acquired a majority stake in the mine in 2008 it has produced some of the world’s most significant blue diamonds, including:

The Blue Moon of Josephine, a 12.03 carat polished stone that was auctioned at Sotheby’s in November 2015 for US$48.5 million (representing a world record per carat value of over US$4 million). It is the world’s second most expensive cut diamond ever sold at auction.
A 25.5 carat diamond, sold by Petra Diamonds as a rough stone in April 2013 for US$16.9 million.
The Star of Josephine – a 7.03 carat polished stone was sold for US$9.49 million, representing what at the time was a world record price per carat of US$1.35 million.
Petra Diamonds sold the 122.52 rough blue diamond into a cutting and polishing partnership in September 2014 for US$23.5 million. Upon sale of the Cullinan Dream, Petra Diamonds will receive a further 15 percent share in the sales proceeds after expenses.

Blue diamonds are one of the rarest and most desirable colours, making them one of the world’s most valuable and collectable items.