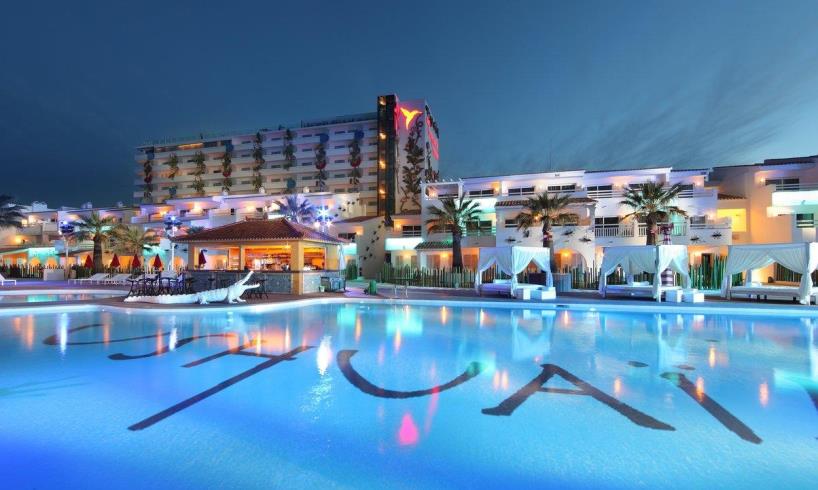 Following a host of impressive event announcements from Ushuaïa Ibiza Beach Hotel, the white-walled venue has pulled out another show stopper as they confirm Tinie Tempah and friends, ‘Disturbing London’ will take over Ushuaїa for a six date ‘Disturbing Ibiza’ residency for summer 2016. Kicking off on Friday 10th June, each ‘Disturbing Ibiza’ show will line up a series of special guests, until the closing show on Friday 16th September.

Tinie Tempah has solidified his status as one of the most important artists of his generation – both as a highly respectable rapper, fashion icon and global chart topper. Back for a second year, Tinie Tempah hosted the first Disturbing Ibiza series in 2015 – with line ups spanning grime, house, hip-hop and rap, the series was a huge success, welcoming a range of celebrity guests at sell out shows. Tinie is back for 2016 to head up and curate ‘Disturbing Ibiza’. This will be the first time the open-air venue of Ushuaïa will play host, welcoming Tinie Tempah and Disturbing London to its luxurious surroundings from the hours of 5pm till 12am with a varied selection of grime, house, hip-hop and rap.

In keeping with Ushuaïa’s deluxe positioning on the island, ‘Disturbing Ibiza’ promises to be a star-studded series of event to make a major splash within the club’s solid event schedule. At the heart of the island’s ever-evolving club scene, the stunning venue will be raising the bar for a show that will not miss a beat.

4 Underrated Ways to Reduce The Baggage You Take on HolidayRead the article
Enter Skinporter – The Korean Facial Effect MaskRead the article
6 Steps to Follow if You Want to Add a Dash of Luxury to Your Home DesignRead the article
6 Ideas On How To Experience A Seaside Vacation Like Never BeforeRead the article
Learn How To Manage Your Large Luggage When Traveling AbroadRead the article
A Guide To Managing Your Luxurious and Valuable BelongingsRead the article
© Copyright 2022 AI Global Media Ltd. All Rights Reserved.
Privacy Policy | Cookie Policy | Terms and Conditions of Sale | Website Terms of Use
We use cookies on our website to give you the most relevant experience by remembering your preferences and repeat visits. By clicking “Accept All”, you consent to the use of ALL the cookies. However, you may visit "Cookie Settings" to provide a controlled consent.
SettingsAccept All
Privacy & Cookies Policy