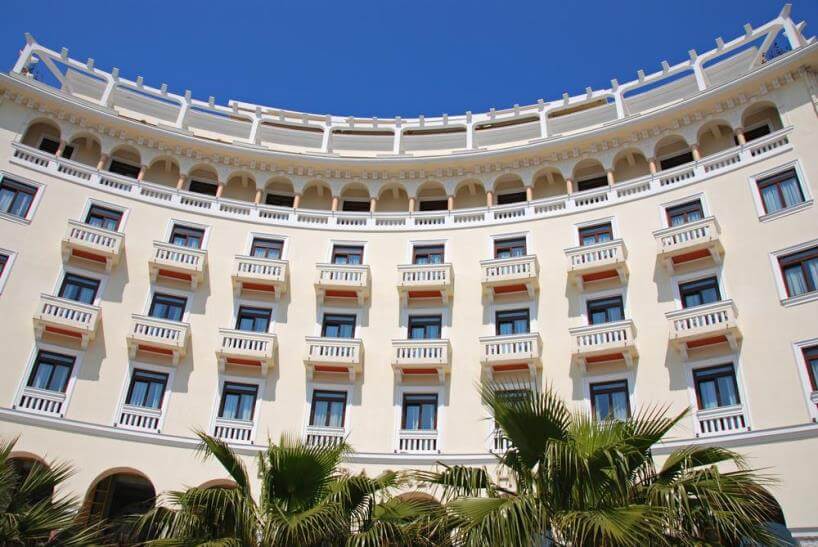 Wyndham Hotel Group, the world’s largest hotel company based on number of hotels, today announced that accessible luxury is coming to Athens when the Wyndham Grand Athens, the first Wyndham Hotel Group hotel in Greece, opens in the city centre early next year. Travel is the best excuse to enjoy the grand things in life, and Wyndham Grand hotels and resorts offer truly unforgettable travel experiences.

Wyndham Grand is decidedly not pretentious, but approachable by design, featuring pristine guestrooms, relaxing spas, one-of-a kind dining experiences, and more. The Wyndham Grand Athens will be situated on Karaiskaki Place (2, Meg. Alexandrou St.), where Zeus International, a company that operates nine hotels across Eastern Europe, is transforming the building owned by VIOHALCO which formerly housed the Hotel Athens Imperial. When renovations are complete, the Wyndham Grand Athens will boast 273 rooms, 2,500 sq. m. of conference and event space, a restaurant, a bar, a spa and an amazing roof-garden of 450 sq. m. with a pool and a 360° view of the city skyline. In addition, the hotel’s proximity to the Metro and many of Athens’ cultural points of interest will make it a destination for business and leisure travellers alike.

Dan Ruff, President and Managing Director EMEA, for Wyndham Hotel Group, said: “Wyndham Grand hotels are located in some of the world’s most sought after destinations, including Shanghai, Istanbul, Doha, Salzburg, Chicago, Orlando and now Athens. This is only our first stop in Greece, as we see opportunities for many of our brands across the country, from city centres such as Athens and Thessaloniki to resort destinations in the Greek islands and mainland.”

Haris Siganos, Founder of Zeus International, noted: “Our Company is engaged in a variety of consulting and advisory projects from hotel management and development to turnaround management. We have been monitoring the Greek market for the right hospitality investment opportunity. We believe that Athens has been missing a flagship hotel offering a one-of-a-kind experience with a compelling local flavour, and we intend to change this when the Wyndham Grand Athens opens next year.”

All Wyndham Grand hotels in the region participate in Wyndham Rewards®, the simple-to-use, revolutionary loyalty programme from Wyndham Hotel Group that offers members a generous points earning structure along with a flat, free-night redemption rate in 73 countries across the world – the first of its kind for a major hotel rewards programme. To learn more or to join for free, guests should visit www.wyndhamrewards.com.

A Guide to the Balkans for Autumn SunRead the article
4 Underrated Ways to Reduce The Baggage You Take on HolidayRead the article
Enter Skinporter – The Korean Facial Effect MaskRead the article
6 Steps to Follow if You Want to Add a Dash of Luxury to Your Home DesignRead the article
6 Ideas On How To Experience A Seaside Vacation Like Never BeforeRead the article
Learn How To Manage Your Large Luggage When Traveling AbroadRead the article
© Copyright 2022 AI Global Media Ltd. All Rights Reserved.
Privacy Policy | Cookie Policy | Terms and Conditions of Sale | Website Terms of Use
We use cookies on our website to give you the most relevant experience by remembering your preferences and repeat visits. By clicking “Accept All”, you consent to the use of ALL the cookies. However, you may visit "Cookie Settings" to provide a controlled consent.
SettingsAccept All
Privacy & Cookies Policy